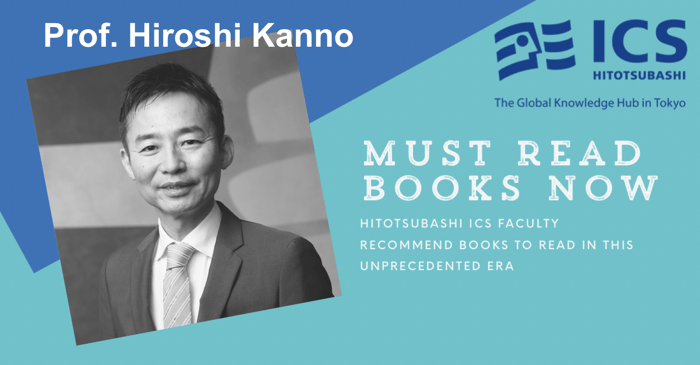 
Using economics as an example, Prof. Galbraith shows us how easily human beings are “framed” by a paradigm. Once a paradigm has been established, even intelligent people can be brainwashed by the paradigm, stop thinking, and sometimes bring disaster to society. The book reminds us of the importance of being open-minded and questioning established paradigms.

2. Justice: What’s the Right Thing to Do?, Michael J. Sandel

Under the COVID-19 crisis, it has become even more important for business leaders to make tough decisions based not just on economics, but on ethics and justice. Prof. Sandel does not provide us with easy answers, but gives us three approaches to thinking about what is the right thing to do, and how we define our fundamental ethical values.

3. Collapse: How Societies Choose to Fail or Succeed, Jared Diamond

Hiroshi Kanno received his Bachelor and Master of Engineering and Architecture degrees from the Tokyo Institute of Technology, and Master of Science in Industrial Administration degree from Carnegie Mellon University.

Mr. Kanno worked in consulting services at The Boston Consulting Group (BCG) for 17 years. His last position at BCG was Partner and Managing Director, where he served as the Asia/Pacific regional leader of BCG’s Technology, Media and Telecommunications practice. At BCG, Mr. Kanno executed over 300 projects, working closely with both Japanese and non-Japanese companies. Although his main focus was technology, media and telecommunications, he worked in a wide range of industries, including high-tech, industrial goods, electronics, consumer electronics, telecommunications, systems integration, Internet services, broadcasting, medical devices, pharmaceuticals, real estate, insurance, and NPOs. He also worked in Europe, North America and Asia. Prior to BCG, Mr. Kanno worked as an architect, city planner, and engineer for Nikken Sekkei, Japan’s largest architecture and city planning firm.