Stuck at home?
We asked Hitotsubashi ICS faculty to give us their top 3 book recommendations to read in this COVID-19 environment for our students, alumni, and also our blog readers.
With more time on our hands, now is the perfect time to get some quality reading done, whether to make sense of this unprecedented age or to briefly escape from all the COVID-19 news.
We will be delivering the recommendations as they come in, so please check our blog every now and then! Today's recommender is Prof. Hiroshi Ono!

Prof. Hiroshi Ono says that most books that he reads for work are too specialized and technical which would have no appeal to a general audience, for example, statistical methods in the social sciences, handbook of labor economics, etc. So, today, he has given us his top 3 choices of fiction books, which is a great twist in the recommendation line-up we have so far!

Hiroshi explained that he always enjoyed reading fiction, and that he read a wide range of fiction books in Japanese and in English when he was in high school and college.  But he started reading more after an editor from an academic journal gave him advice some 20 years ago.   The editor suggested that academics can benefit from reading fiction, because it helps them build a good story, and it helps them to write.

We believe this is great advice even for business professionals. 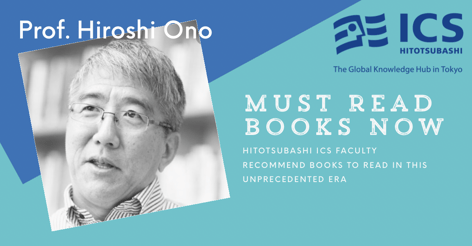 1. The Woman in the Dunes. Kobo Abe
(Originally published in Japanese in 1962, English translation available)

This is a satirical account of the life of humans, from youth to marriage and family life, and eventually to death.  Abe’s use of symbolism and figurative expressions is brilliant.  It’s a timeless classic with a universal theme.

* Japanese readers should read the original version published in Japanese. 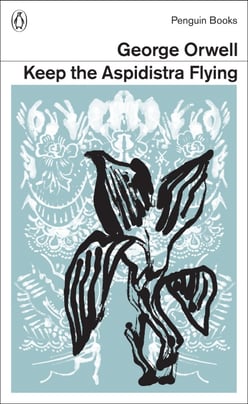 Orwell depicts the irony of a young man who defiantly opposes capitalism and yet is forced to live the mundane life of the English middle class.  Orwell at his absolute best.

3. Of Mice and Men. John Steinbeck 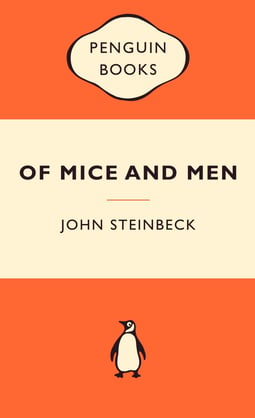 I have reread this novel several times, most recently last month.  It is one of Steinbeck’s most powerful novels, centering on the theme of human existence, frailty and friendship, as well as social inequality and the powerlessness of the working class.

Hiroshi Ono received his BE in mechanical engineering from Waseda University and his MA and Ph.D. in sociology from the University of Chicago. He was later awarded Docent (equivalent to a second doctoral degree) in economics from the Stockholm School of Economics. He writes and speaks extensively on the relationships among motivation, happiness, and productivity in the workplace. He has a special interest in the interplay between demographic change and labor market dynamics in Japan. His latest research focuses on Japan’s work reform, especially on reducing work hours and increasing labor productivity.

Professor Ono joined ICS in 2014. His broad international experience includes professional and academic positions in the U.S., Sweden, and Japan. Professor Ono’s work has won recognition in business-oriented settings including Best International Paper Award from the Labor and Employment Relations Association and Top 20 Paper Award from the Rosabeth Moss Kanter Award for Excellence in Work-Family Research. Currently, he serves on the editorial board for theJapanese Journal of Labour Studies,Sociology of Education and Hitotsubashi Journal of Commerce and Management. He is also an Affiliated Professor of Sociology at Texas A&M University.

Professer Ono is a frequent contributor and commentator for Japanese and global news media, both print and broadcast. He is the author ofRedistributing Happiness: How Social Policies Shape Life Satisfaction(with Kristen Schultz Lee, Praeger Publishing, 2016). His work has been published in theAmerican Sociological Review, Asian Business & Management, Economics of Education Review, Social Forces, andSocial Science Quarterly, among others.