Stuck at home?
We asked Hitotsubashi ICS faculty to give us their top 3 book recommendations to read in this COVID-19 environment for our students, alumni, and also our blog readers.
With more time on our hands, now is the perfect time to get some quality reading done, whether to make sense of this unprecedented age or to briefly escape from all the COVID-19 news.
We will be delivering the recommendations as they come in, so please check our blog every now and then! Today's recommender is Prof. Jody Ono, and she includes a podcast as well! Enjoy reading and listening! 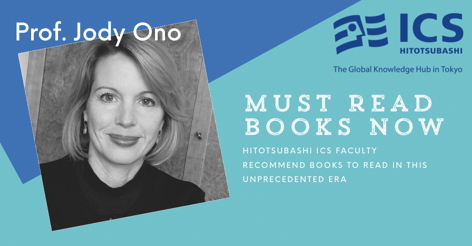 Co-author Erik Berglof has been my career-long mentor and is one of the best people I know. He shaped my own understanding of leadership, and cemented my belief that values-based, intentional leadership does exist and can be developed. Together with former British PM Gordon Brown and Director of Wellcome Trust Jeremy Farrar, he sounds this call to action to the world's richest governments. This call offers an important reminder to our worldviews that although we're all struggling to deal with the pandemic in our own ways, there are many who will be affected far worse than we; and that our common future must always be a global project. 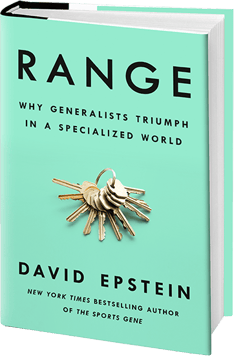 Just finished this one, having picked it up after seeing an interview with the author by CNN's Fareed Zakaria. Epstein sets out a fascinating and thought-provoking argument for why the world a) has too many, and listens too often to, specialists; and b) needs more generalists - people who "experiment relentlessly," grasp the entirety of a problem, and make associations across disciplines to innovate in the truest sense. 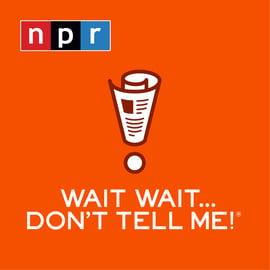 One of the wittiest, most faith-in-humanity-affirming news shows ever. Broadcasting out of Chicago, the whip-smart hosts (Peter Sagal, Bill Kurtis) take us through a series of news quizzes with call-in and in-studio guests who entertain and surprise us. Most of all, we take heart in just how comedic anyone can be. Especially now in this crisis, this is good medicine.

Throughout her career, Jody Ono has designed, launched, and supported initiatives that enhance the development of students and professionals. Her experience with leaders and leadership across countries, sectors, and professional levels has enriched her dedication to helping people to define and practice good leadership. At ICS, Ms. Ono guides students in leadership development, supporting them as they cultivate values-based, intentional leadership, expand their global awareness, and craft their visions for the future.

Ms. Ono holds a 2003 M.P.P. from Princeton University (Woodrow Wilson School of Public and International Affairs), a 1993 M.A. from New York University (Graduate School of Arts and Sciences), and a 1989 B.A. from American University (School of International Service). Ms. Ono came to ICS from the instructional staff of the Texas A&M University Corps of Cadets Center for Leadership Excellence. There, drawing upon her international and cross-sectoral knowledge to contribute broad perspectives, she taught senior-year cadets. Also at Texas A&M, Ms. Ono developed activities, including several executive-level business and policy leadership awards series, for the newly founded Mosbacher Institute of Trade, Economics and Public Policy at the Bush School of Government.

Ms. Ono’s early career included reporting on international trade debates in the U.S. Congress, a stint at U.S. Peace Corps headquarters, and running New York University’s satellite campus in Paris, France. For 12 years, for SITE, Stockholm School of Economics, Ms. Ono worked on international projects to build new centers of excellence for research in economics in Russia, Latvia, Ukraine, and others. She was also part of launching the Global Institute, an alliance of top economics think tanks around the world, in partnership with the Brookings Institution. In these endeavors, Ms. Ono worked alongside leading scholars in economics, finance, political science, statistics, and sociology.