This year, the Global Network Week offered by Hitotsubashi ICS is titled “Innovation x Service Management: Omotenashi 3.0,” where students will learn the mindset and best practices of service management in Japan. Students participating in this program will have access to behind-the-scenes operations of service deliveries in Japan, along with lectures and live discussions with managers from leading service/hospitality businesses in Japan. 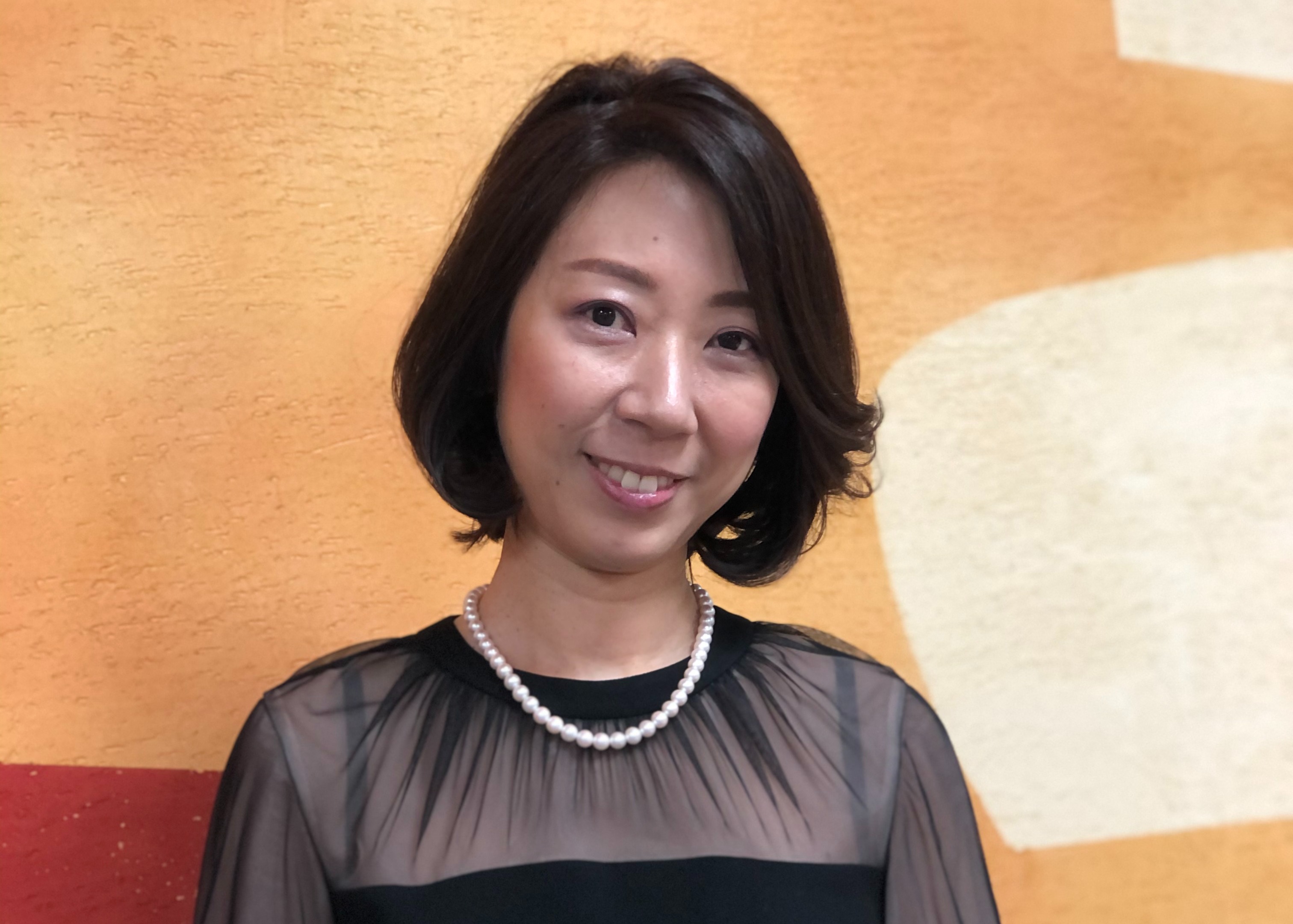 Thank you for meeting with us today, we are excited to learn about the concept of Omotenashi 3.0. The theme for Global Network Week has been renewed this year – we are offering Japanese-style service management with a focus on the concept of omotenashi. Could you explain to us a little about omotenashi for those new to the concept and why you chose this theme for this year’s GNW?

This renewed version of GNW has been in the works since last year. We saw that 2020 was a perfect timing because the Olympics were coming and omotenashi was one of the keywords used for the event.

Omotenashi is a really interesting concept, because it embodies Japanese values as well as the cultural background. It’s an entire mindset. Japanese may not be fully aware of it, but it is always there in many aspects of life in Japan.

Omotenashi is difficult to explain in one word, as it has many origins. Motenasu translates to the English verb, to entertain. This is the most literal use of the word. However, omotenashi is a sort of magic word. Here in Japan, it is a guiding principle or mindset for businesses and people’s behaviors. It is the practice of putting customers at the center of the service experience. It is delighting customers at all means.

Even in modern Japan, this concept is visible and is very much a part of the Japanese people. One business sector you see omotenashi is of course the service industry.

For GNW this year, we are going to explore the concept of omotenashi both academically and practically – trying to understand omotenashi from a multilateral perspective, by mixing asynchronous sessions with live lectures, experiences, discussions as well as inviting guest speakers.

Sounds very exciting!! What are the opportunities and challenges that Japan faces in the business realm of omotenashi?

When you look at omotenashi in business, a number of issues facing Japan directly impacts it.

Firstly, omotenashi is heavily dependent on human labor. With a declining and aging population, human labor that carries out omotenashi will become scarce. That’s where digitalization will come into play. However, omotenashi requires a lot of tacit knowledge which is difficult to program. The challenge will become how AI/robotics can integrate the fuzzy, emotional, implicit aspects which is essential in delivering omotenashi.

This is an interesting challenge and an area of opportunity for Japan, which has been and still is leading in the area of robotics. Many interesting experiments are being conducted already such as “Henn-na Hotel,” a hotel that has the privilege of being in the Guiness Book of World Records as the first robot run hotel in the world. This challenge will push Japan to further innovate digitalization in the service sector, which has huge potential. This integration of digitalization into the omotenashi landscape is what I call Omotenashi 3.0.

Yes, can you please explain a little more about the phases and stages of omotenashi from 1.0-3.0?

Sure. Omotenashi 1.0 is omotenashi in its purest form. We can see this in many aspects of traditional Japanese culture, such as the tea ceremony. 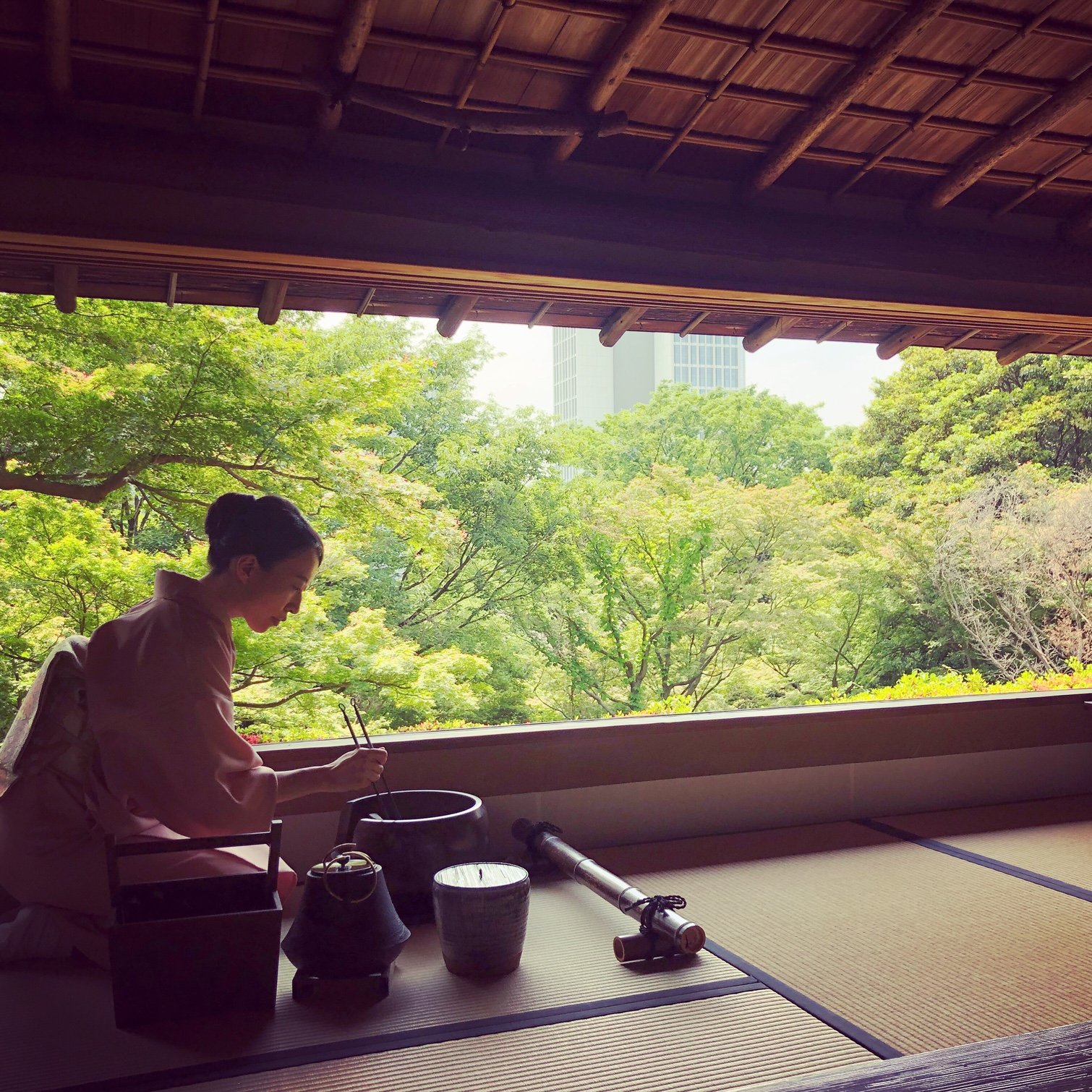 Omotenashi 2.0 can be seen in the way the spirit of omotenashi is reflected in modern Japanese society and business. It is commitment and devotion to customer delight with a relentless pursuit of perfection. Many people around the world who visit Japan appreciate this in service, but it is also prominent in the way Monozukuri is done. Monozukuri is not just about manufacturing, but it comes with a sense of passion and will to delight customers. It is a mindset to pursue the best of all with commitment and devotion to customer delight.

People tend to think that omotenashi is about being customer-centric, however, I believe it is a balance between customer-centricity and provider-centricity. Omotenashi does not merely seek to serve customers or respond to their needs. Rooted in the concept of shukyaku ittai used in the tea ceremony, the service providers and customers become one to create a wonderful harmonious atmosphere. Service providers and customers are seen as equal in stature and position, where neither is regarded as more powerful than the other. In a sense, omotenashi is very demanding to customers. Customers have roles to play in the process. But in the spirit of equality, omotenashi is very demanding to service providers as well. There is tremendous pressure in treating each customer with gratitude and respect. The goal is to overwhelmingly please customers and smother them with their every wish, trying to capture their satisfaction with whatever they do. This is why the knowledge generated in getting to know customers becomes critical.

All of this relies mostly on human interaction. The question then becomes, is this really sustainable with scarce human resource? As the Japanese population declines, it is inevitable to incorporate technology into the equation, which leads us to Omotenashi 3.0.

As we explore this topic, there are some key questions that need to be asked. Is the future of omotenashi realized by service robots and AI? What part do they play? Also as we recall, Omotenashi 2.0 focuses a lot on human touch and humanity. How do we see this panning out as robots are brought into the picture?

Omotenashi 3.0 is still in the making. It is about how we integrate the spirit and the knowledge we have accumulated into technology. Japan is well known for the development of robots, and there is already a lot of experimentation going on as the aforementioned “Henn-na Hotel,” Sony’s AIBO, Softbank’s Pepper-kun, and Toyota’s Woven City.

Culturally, I think Japanese culture has a strong affinity with robotics. The worldview of Japanese people is originally about accepting and embracing new technology and ideas and co-existing with old ones. You can see this in the way robots are depicted in Japan as opposed to how they are depicted in the western world. In the western world, robots and AI tend to be seen as an opposing force to human beings, a threat. However, in Japan, they are seen as something we live in harmony with, as expressed in many anime and manga represented in Doraemon and Astro boy.

Bringing all of this uniqueness of Japanese culture into technology is very challenging, but this is a significant opportunity for Japan, and it must be done for Japan to remain to have impact in the world.

What do you want most for students to get out of our Global Network Week program offered at Hitotsubashi ICS?

Japan is at the forefront of the declining and aging population, but it is projected that many other countries in the world will follow this trajectory. Through all of the lectures, experiences, and discussions, I hope our program will be able to expand the horizons of our students in how we see and think about hospitality. It is true that Japan is facing many issues and may not have the competitiveness and impact it used to have in the global economy as it used to. However, I believe the uniqueness of Japan is still very vivid and interesting, and there is still so much Japan has to share with the world. I hope GNW will be an opportunity to showcase Japanese-style innovation in the deep, profound world of omotenashi.

Thank you so much for your time today, and we look forward to reporting GNW 2021 Innovation x Service Management: Omotenashi 3.0 module from Tokyo to the world! 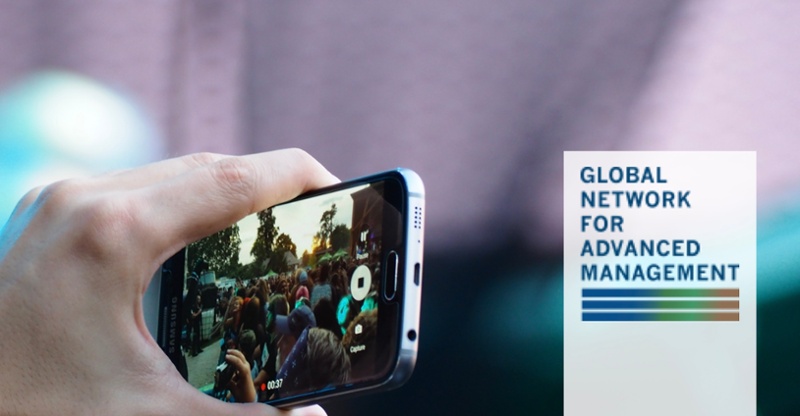 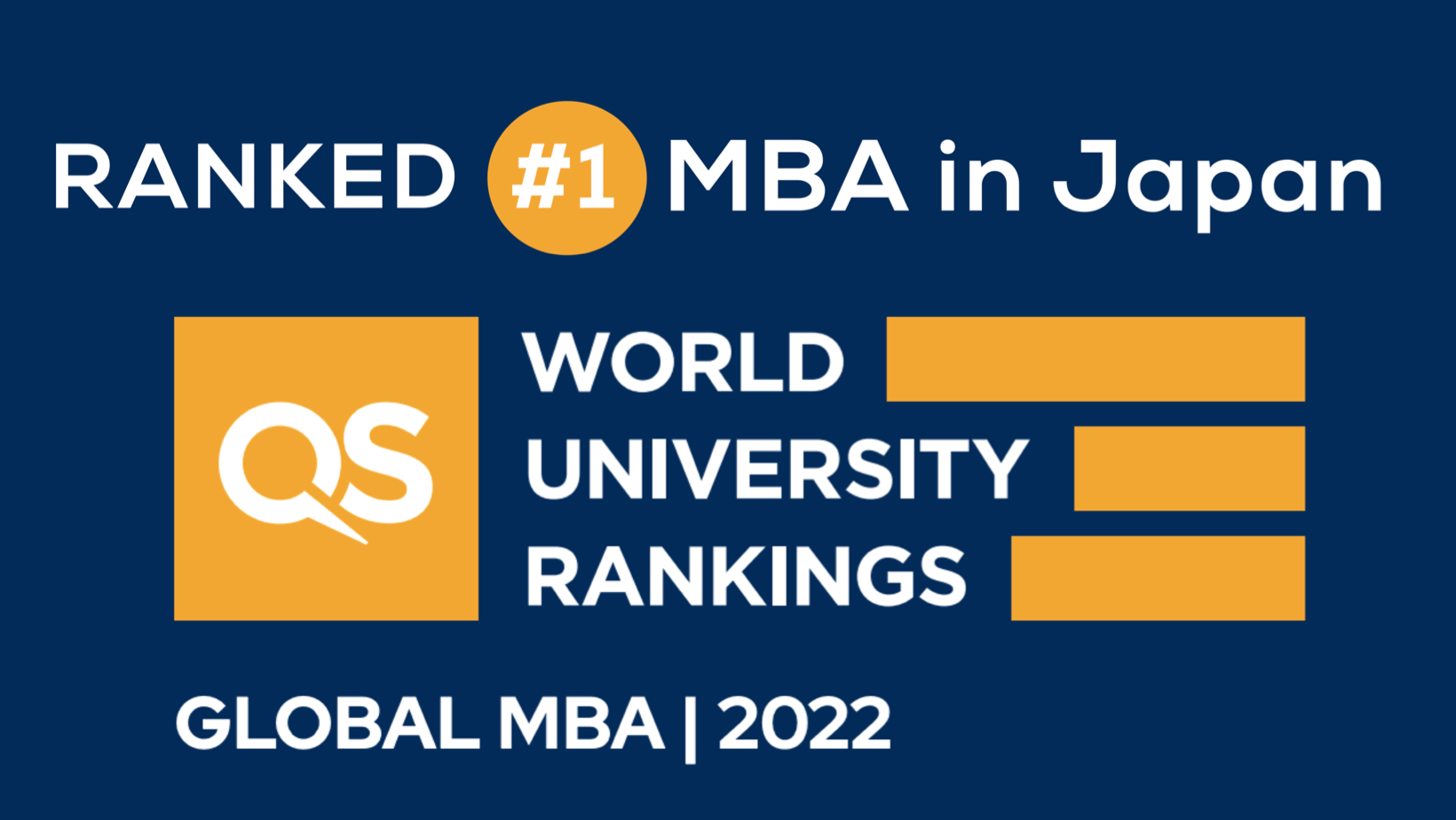 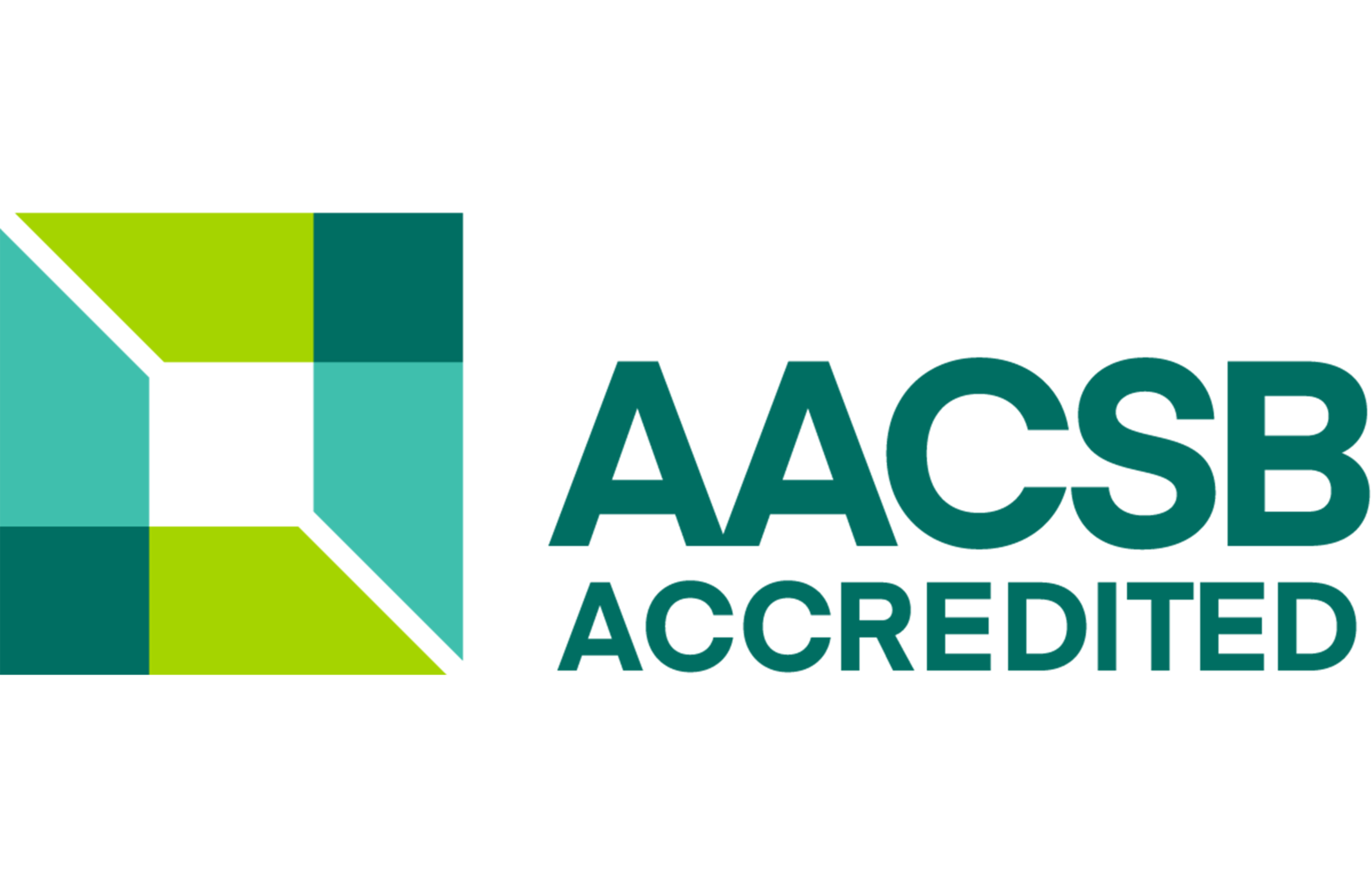 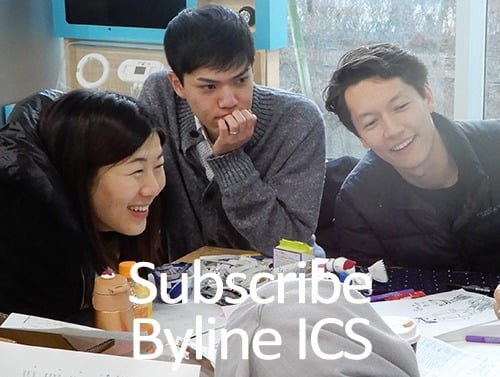